Jubilee Baer's Global Wealth and Lifestyle Report 2022, which examines the cost of high-end living around the world, finds that Asia remains the most expensive region in the world. Four of the top five cities are Asian. Shanghai ranked first, Taipei third, Hong Kong fourth, and Singapore fifth. The Americas are the region with the lowest cost of living, with no American city in the top 10.

Affected by the depreciation of the yen, Tokyo has dropped from the second last year to the eighth, and it is the Asian city with the largest decline in the ranking. Comparing global prices, Hong Kong ranks second in the world in terms of housing costs, third in Lawyer fees, fourth in whisky, and fifth in car and business travel. In addition, the report predicts that China will be the world's largest luxury goods market by around 2025. Shanghai ranks first globally for treadmills, whisky, business travel and fine dining, second for women's handbags, women's shoes, men's suits, watches and attorney fees, and third for jewelry. 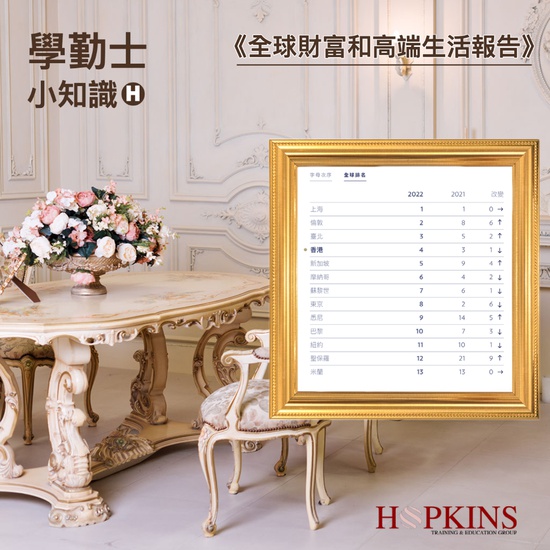 The University of Northern Iowa conferred degrees on MBA candidates during the most recent graduation ceremony held in Hong Kong in June. UNI President William …